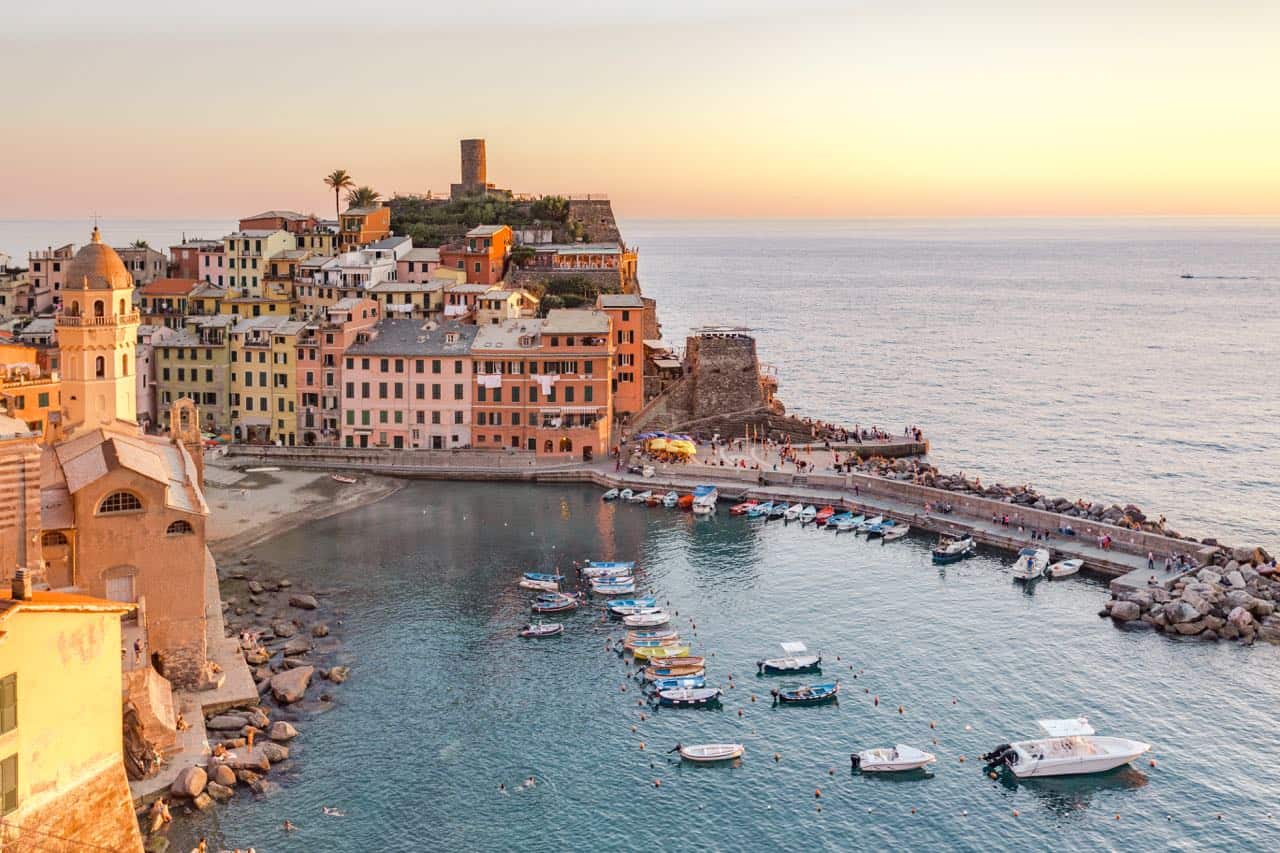 It’s not that I hate Cinque Terre; there are just parts of it that I hate. I actually enjoyed the time we spent in the 5 Italian villages. The views are UNREAL and the towns are charming as ever. As a photographer, it was paradise; so many photo opportunities and places to grab that perfect photo.

But out of all the Italian cities we’ve been to, it’s definitely not my favorite. Maybe I didn’t have the right set of expectations or we chose the wrong Cinque Terre town to spend the night in (we opted for Riomaggiore but if we were to do it over, we would pick Vernazza) but Cinque Terre certainly wasn’t a I-could-stay-here-for-a-month type of place for me.

Because I love Italy in all of its entirety, and I still think there are many great things about Cinque Terre, here are the best parts of it first:

What I hated About Cinque Terre

The hike is closed. If I had to pick one thing that bummed me out about Cinque Terre, it’s this. I had been looking forward to hiking the paths between the cities and in fact, this was probably the thing I was most excited about. When we travel, I always like to find unique hiking trails to walk. It’s a nice way to get away from crowds and to explore the path less traveled. It’s also great for photos and especially in this destination where you are met with gorgeous views the entire trail(s).

I had it all mapped out, which towns we would take the train to and which ones we would hike between. In fact, my first plan was to hike from Riomaggiore to Manarola. We walked up to the hiking path only to find out that it was closed. Disappointing is putting it mildly. From what we could understand, portions of the trail are closed due to trail erosion caused by the weather. Thankfully, the train system is amazing and made it easy to travel between the villages, though perhaps not quite so scenically.

If you’re headed to Cinque Terre, make sure you read *current* articles on the hiking trail; this website seems to have the latest updates.

It’s overcrowded. But so is Rome, Positano, Venice right? Yes, but those cities have a lot of square footage for the gazillions of tourists to shuffle into. We found a lot of solitude in both Venice and Rome and were able to capture quite a few photos without people in them because we found hidden spots. Not so much in the Cinque Terre. There just isn’t much space for all the visitors the towns see every day.

We tried waking up for sunrise and were surprised to still see a handful of people out and about taking photos. I’m sure if you spent a week there, you would be able to learn the best spots to head to for some peace but most people opt to see this destination in a 1-3 days.

Our worst experience was getting off the train that we took from Riomaggiore to Manarola. I get a little claustrophobic around crowds and this was certainly not my cup of tea. We disembarked and immediately hit a wall of people. Everyone moved slowly, understandably so, but there was literally no room to inch past people. You had to politely wait, clutching your belongings and walking behind the person in front of you while you were elbow to elbow with two others. I think it took about 15-20 minutes to fully emerge from the station, something that normally would take 4 maybe 5 minutes. In all fairness, the remaining trains/stations we took weren’t quite this bad.

It’s expensive. I’m sure you could’ve guessed that the Cinque Terre is expensive. Because of this, I’d recommend booking your accommodations way in advance. Otherwise, your first choice town (Vernazza in our case) will completely book out or you’ll be left with crappy hotels and Airbnbs that you don’t really love. So book early to make sure you snag that awesome place for your stay.

Food is also expensive so prepare to pay hefty prices for mediocre quality. Instead of choosing a restaurant close to the water, try walking further into the village. Usually those places will have much better food!

It’s dingy/dirty. I’m used to the dirtiness of Rome but I didn’t expect the Cinque Terre to be this dingy. The towns are old and really have not been cleaned up so expect the overall vibe to be a bit less clean. Graffiti covered the walls of the train station and the streets needed a sweeping. I’d liken it to parts of Rome; typical of old towns perhaps but not something I’d expect from a coastal destination.

It’s not a foodie destination. In our opinion, you don’t come to the Cinque Terre for the food. You come for the views. That being said, I would say that Monterroso al Mare and Vernazza probably had the biggest selection of good restaurants, Riomaggiore the least. However, you will find cute-looking cafes everywhere so just enjoy the scenery and moment!

If you are in Riomaggiore, look for the bakery run by a middle-aged lady (Panificio Rosi). She has some of the best cakes and baked goods around. We had some for breakfast in the morning and it was delicious!

It has a major pickpocket issue….at least according to all the signs posted in the train stations. Maybe they were just preventive measures taken by the town but there are so many signs warning of pickpockets that we decided we had better take them seriously.

And it’s pretty obvious you will want to once you see just how many people are there. Even though the Cinque Terre are not a city, you’ll want to treat them as such and be mindful of your surroundings like you would in Rome or Milan.

It’s HOT. I couldn’t believe how warm it was in October. I can’t even imagine visiting in July so if you choose that month to go, make sure you’re prepared for the constant sun and lack of shade. Most of the towns have little to no shade so I’d bring hats and sunscreen along and plenty of water to stay hydrated.

It’s easy to see in a day (and a half). While most of the famous Italian destinations are really hard to see in a day, Cinque Terre is actually doable. You’ll definitely be exhausted but you’ll get great photos and be able to experience its charm. I’d plan on spending one night and a full day; if you can do a day and a half, that’s even better as you’ll be able to experience a gorgeous sunrise and sunset.

Corniglia is not to be missed. And last but certainly not least, do not miss out on Corniglia. This is the least known Cinque Terre probably because it’s the only one that does not overlook the water. I’ve chatted with several people who commented they never visited it and I really think it’s because it doesn’t receive the same amount of fame as the other four. Admittedly, it’s not as “beautiful” as the others and it doesn’t sit on the water but I think it does deserve some attention. The streets are super cute and it’s much quieter.

*Note* You do have to climb a lot of stairs to get to the top from where the train drops you off so it’s not handicap accessible; hopefully someday it will be.

Update: A reader has kindly informed us that there is a small bus that takes you from the train station to Corniglia so you can avoid those stairs!

And that’s 9 things no one tells you about Cinque Terre, facts that I wish I knew beforehand which would have gone a long ways in helping me keep my expectations on the right level. These reasons are not meant to dissuade you from going but rather serve as tips to help you plan and know what to expect before you go. 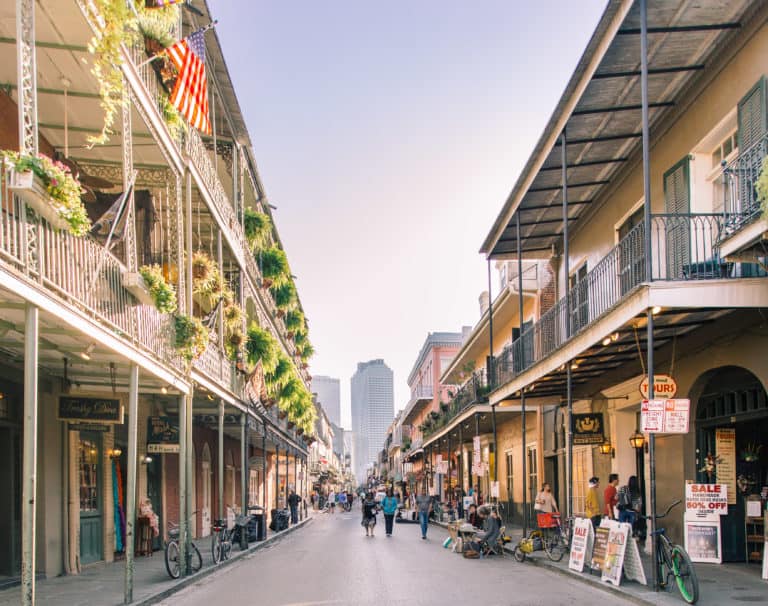 We visited NOLA mid-November and couldn’t believe how much we loved it! We learned so many quirky facts about New Orleans that we had never known before and that made us appreciate the culture and vibes even more. New Orleans is truly one-of-a-kind. It has everything from pretty buildings to delicious southern food to a charm… 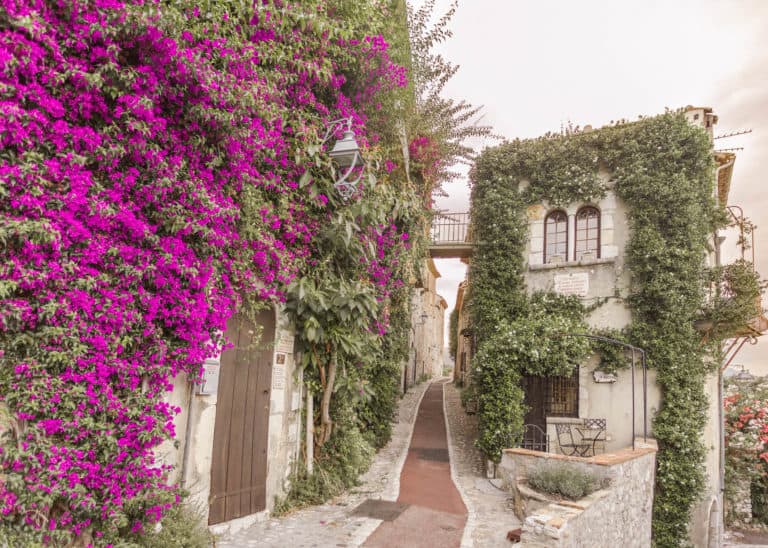 Saint Paul de Vence is a charming town right outside of Nice and only a 2 hour drive from Aix-en-Provence. It’s a very small city/village and can be visited in a few hours. It’s full of photo spots, greenery and flowers and is fun to wander and window shop. There are several great restaurants in… 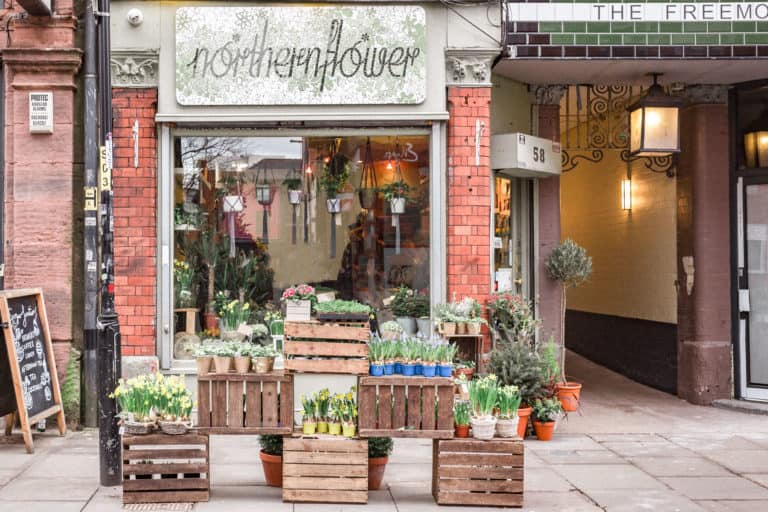 I’m always looking for the best photo spots in every city I visit. Sometimes I like to just wander and see what I run into but other times I like to have a flexible itinerary, something I can look at while I’m walking about. This travel guide on the most instagrammable places in Manchester isn’t… 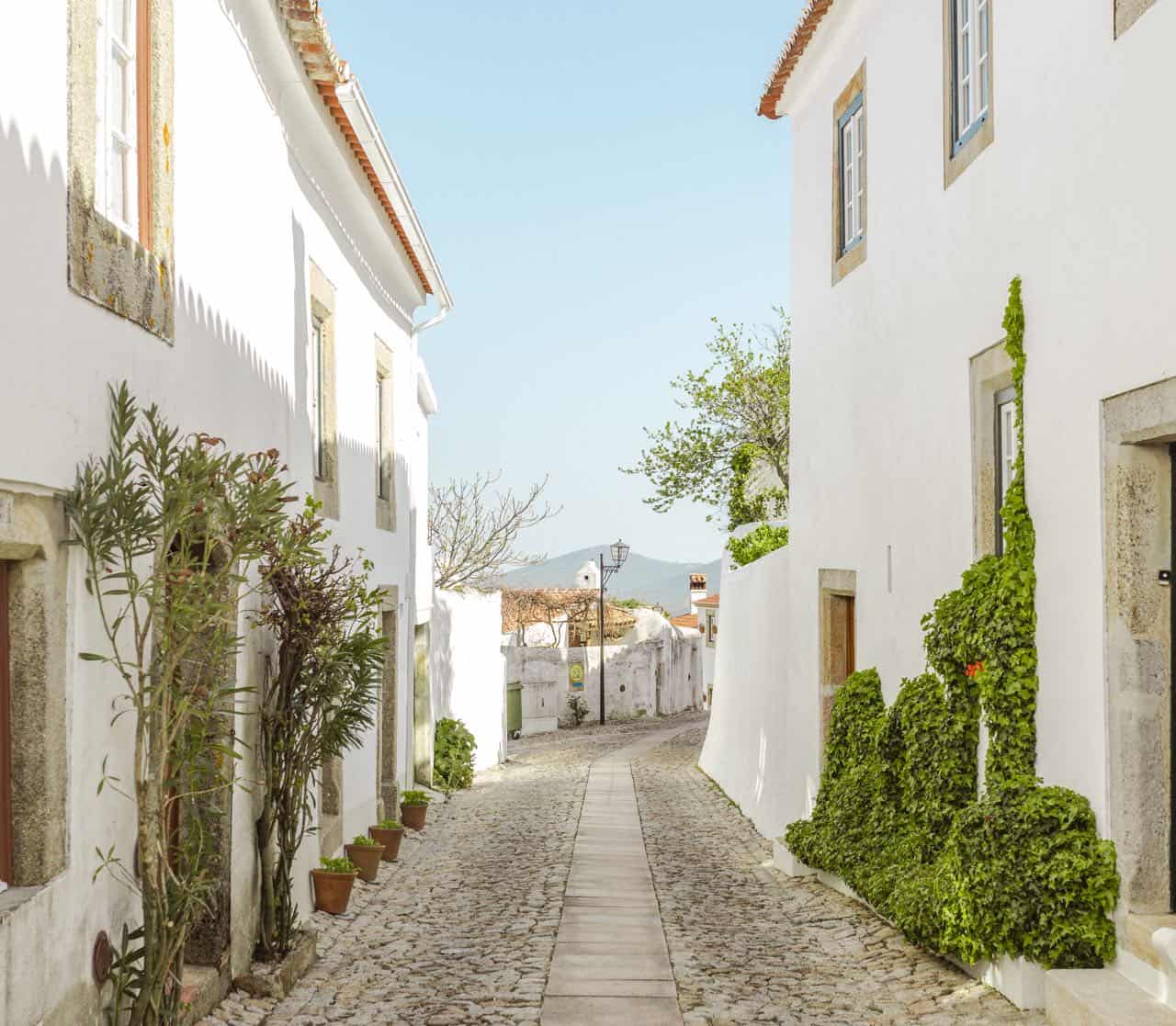 Alentejo Portugal is a hidden gem aka region of Portugal. When I mention the name, people look at me quizzically because frankly, they’ve never heard of it. Porto? Sure. Lisbon? Definitely. But Alentejo is a mystery to most people; it’s waiting to be discovered as it’s full of rich culture and tradition. These are the… 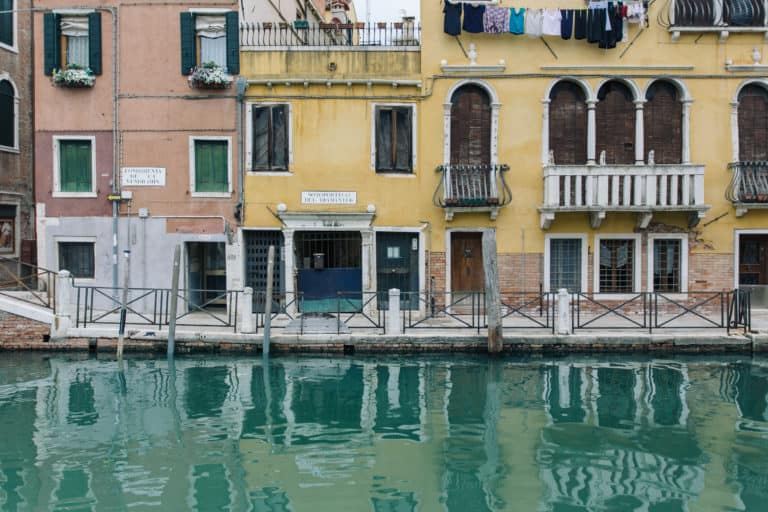 It’s been fun reading all of your comments on Instagram on our photos from our cruise with Celebrity Cruises. A lot of you mentioned how you didn’t realize cruising afforded such a great itinerary that encompassed so many different places. In fact, the itinerary was the reason why we chose the 9 night Adriatic & Italy… 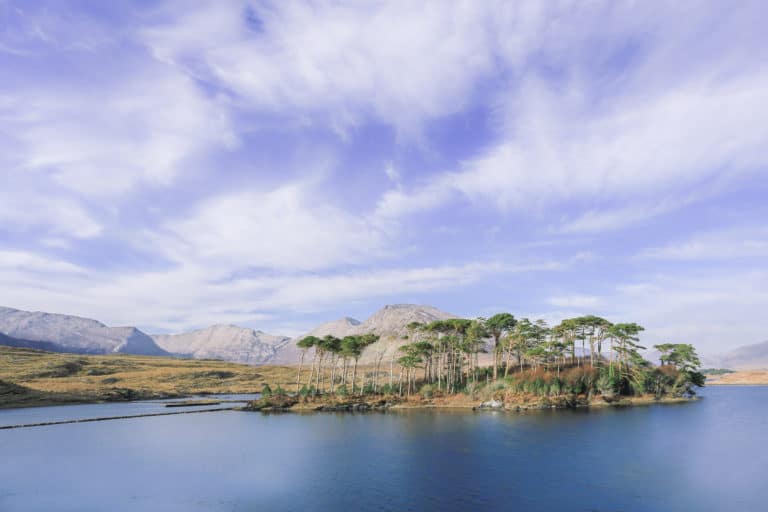 As someone who drives on the “right” side of the road, I found it very intimidating to even think about switching sides to drive on the “wrong” side of the road when we were planning our Ireland road trip.  We knew we wanted to see the country at our own pace, but this would be…