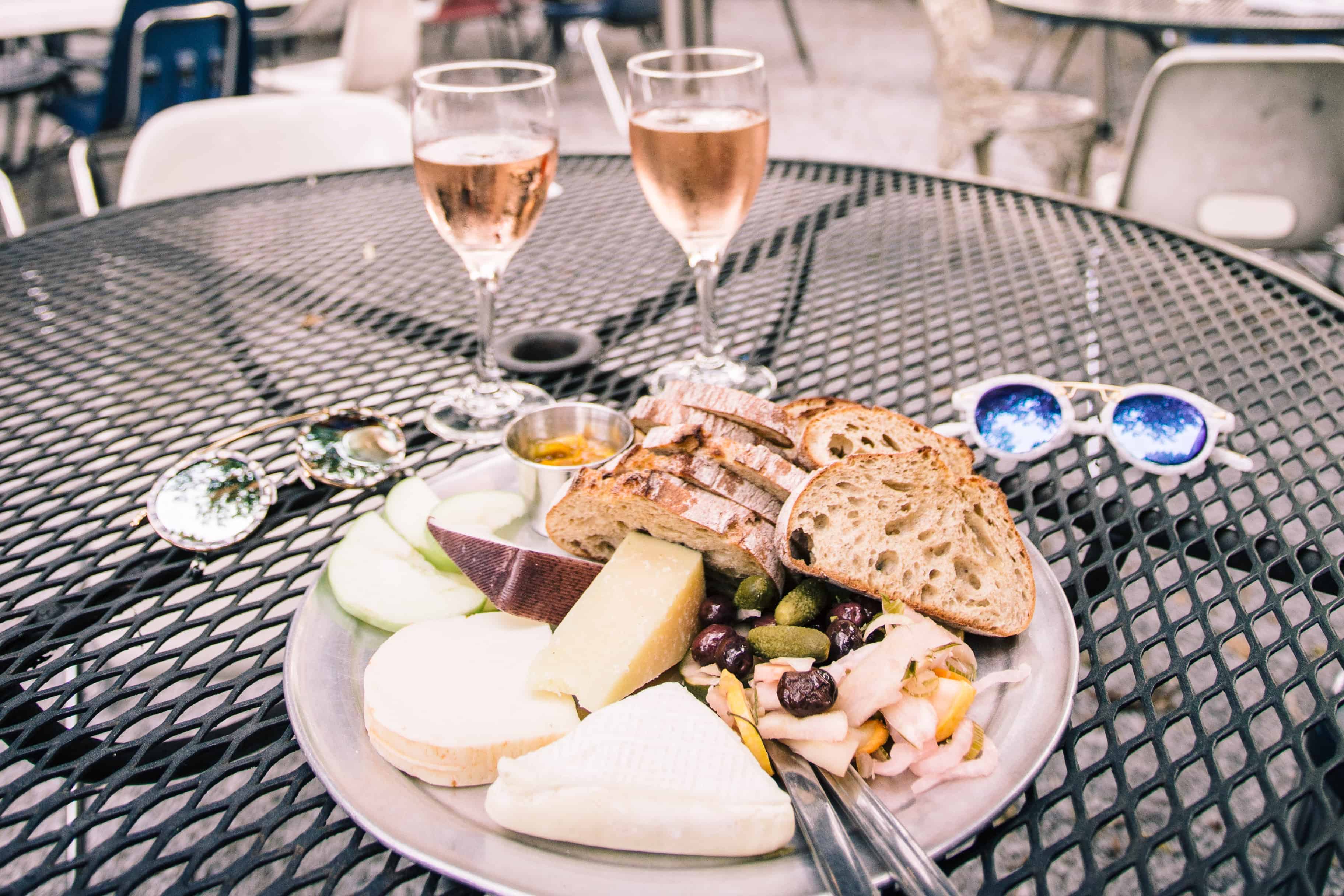 New Orleans does not have a shortage of good food. You could probably try a different place every day for an entire year and still have new places you haven’t touched on. There are restaurants at every corner and seemingly, they all have incredible food. In fact, the New Orleans food scene is such a hot topic that we chatted about it several times with various Uber drivers. One gentleman told us that he gained 40 pounds when he returned to NOLA and I’m surprised he didn’t gain more. It’s hard to pass up s’mores desserts, beignets, pies, gumbo, grits and the million other tantalizing menu options in this amazing city. So while there’s no way to give you a complete foodie’s guide to NOLA (it’d be a 100 pages long), this New Orleans food guide touches on some of the foods an avid foodie might want to try.

1. SIP ON WINE AT BACCHANAL – Bacchanal is an eclectic dig with laid-back vibes, perfect for an afternoon spent with friends or family. This hipster shop is unassuming – you walk in to this tiny space where you can select your wine of choice, cheese from their refrigerator, and/or take the stairs to the bar to order “real” food. Then you head out to the back where a fun courtyard awaits – you might even catch a live band playing.

p.s. You may be wondering who wants to eat plain cheese and wine but don’t worry, the folks at Bacchanal have thought of everything. They slice the cheese for you and place it on a platter filled with nuts, jam, bread and olives and the serving portion is HUGE. Two of us shared it and felt quite full afterwards.

2. BREAKFAST AT BRENNANS – Brennans is not a tourist trap regardless of how popular it is. They serve up a fantastic menu – go with the Brennan’s breakfast (baked apple PLUS Eggs Hussarde) or the frittata. They are superb.

3. GRASSHOPPERS AT TUJAGUE’S BAR – I had no idea what a grasshopper cocktail was until I visited New Orleans. It’s a creamy blend of mint and chocolate flavors (green from the crème de menthe), an adult peppermint pattie in drink form. But why do you need to try it at Tujague’s Bar? Because this is the place where it was invented!

4. BEIGNETS AT CAFE DU MONDE – If you don’t know anything about New Orleans, you’ve probably at least heard of the beignet and its popularity in NOLA. And while you may be on a diet or trying to abstain from anything fried, splurge a little and head over to Cafe du Monde for some delicious fried doughy pockets dusted with an ungodly amount of powdered sugar. I’m sure there are plenty of other places serving up amazing beignets but I would go with Cafe du Monde because it’s more of an experience.

5. COFFEE AT FRENCH TRUCK COFFEE – If you want a steaming cup of coffee or some latte art for your latest instagram shot, head over to French Truck Coffee. There are there locations scattered about (one on Magazine Street, one on Chartres Street and one on Dryades Street) but we chose the Chartres Street because it was close to Royal Street where we were touring.

6. CRAB BEIGNETS AT LA PETITE GROCERY – I didn’t even know savory beignets were a thing until the server at La Petite Grocery mentioned they were his favorite menu item. And he was right. They were amazing. But don’t stop at the crab beignets, La Petite Grocery also has some of the best shrimp & grits and desserts. Their chef is extremely talented.

7. APPETIZERS AT MAYPOP – Maypop offers slightly different fare than your typical New Orleans food. I would say their menu is “lighter” and perhaps healthier than many other restaurants around. I’m kicking myself for not writing down the foods we tried (and their online menu doesn’t seem to have them) but my favorite dish there was an appetizer with squash and shaved beets. So freakin’ good. We also ordered a shrimp & noodle combo and a salad with a cashew crisp on top (YUM).

8. COCKTAILS AT THE CAROUSEL BAR – The Carousel Bar inside the Hotel Monteleone is quite literally an old carousel with seats where you can sit and enjoy cocktails to your hearts content. Oh, and the carousel actually spins (very slowly). Some advice: this place gets full and it’s a first-come first-serve type of place. You can’t reserve a spot but rather you walk in, hover in the general area and then quickly dive in for a seat when one empties. It’s a little cutthroat.

9. CORNBREAD AT ANGELINE – Plan on sharing this appetizer – it’s enormous but you can’t miss it! We saw the table next to us getting it and I ordered it. No regrets there – it was fantastic. You must also try the crispy cauliflower and berbere spiced carrots. Absolutely divine.

10. S’MORES DESSERT AT CAVAN – We tried two different s’mores desserts and Cavan’s won hands down. A s’mores dessert is literally an adult version of the s’more – in this case, a chocolate and vanilla graham cracker crust, topped with chocolate mousse, topped with torched marshmallow and all sitting on top of thick hot chocolate. It was heavenly. Be sure to head upstairs to check out this old building – there’s even a bathtub in one of the bathrooms!

11. DESSERT & DRINKS AT SOBOU –  SoBou has an extensive drinks menu so I’d recommend heading here for after-dinner drinks. Try the Sazerac for a unique cocktail. And while you’re there, don’t miss the Pecan Pie, Not Pie, a delicious combo of chocolate and peanut butter that’s not too heavy on either. 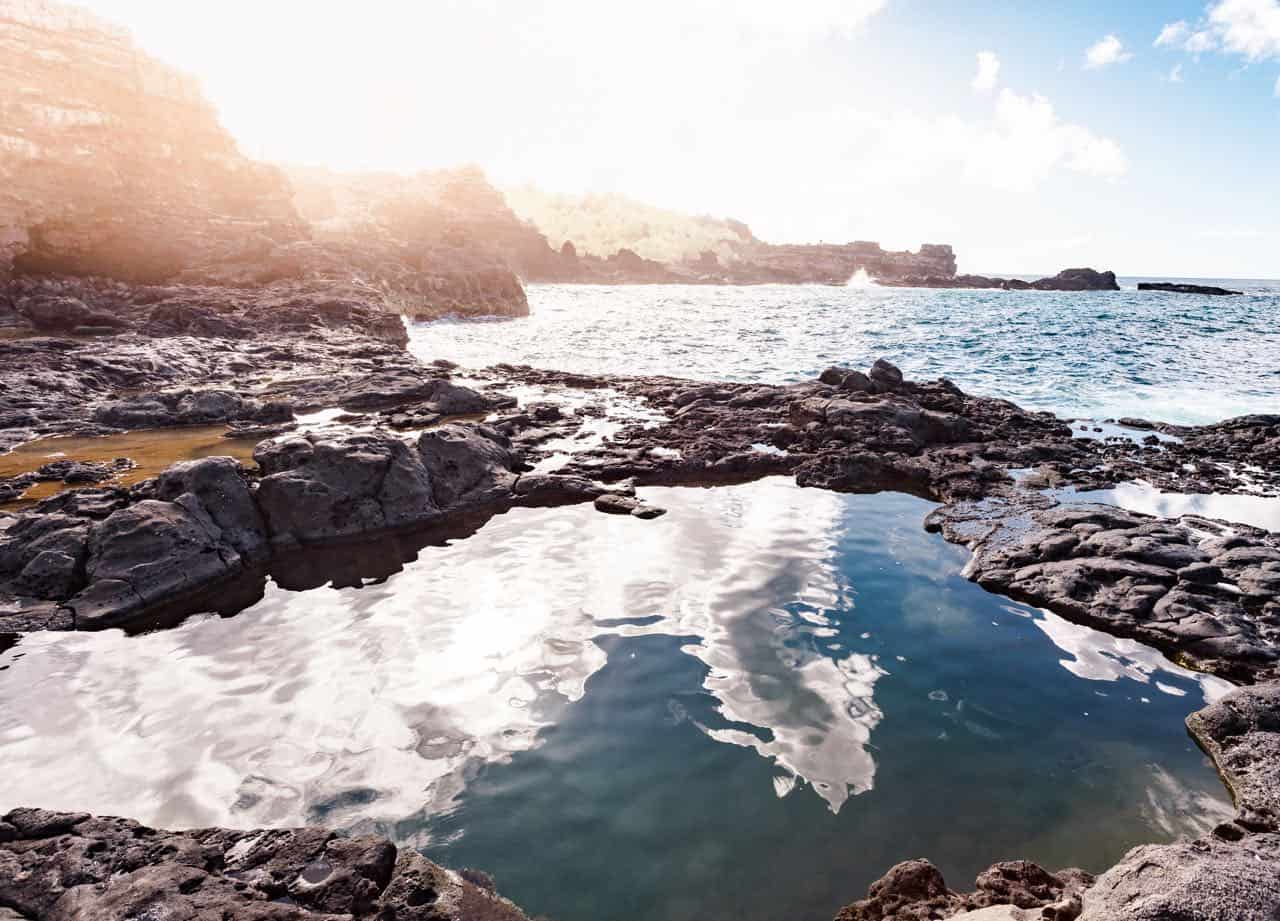 Hawaii is steeped in culture and even though it’s a US state, it has its own unique characteristics that truly set it apart from the rest of the US. In fact, some people would argue that it’s only technically part of the US and that many native Hawaiians never accepted the state’s annexation into the… 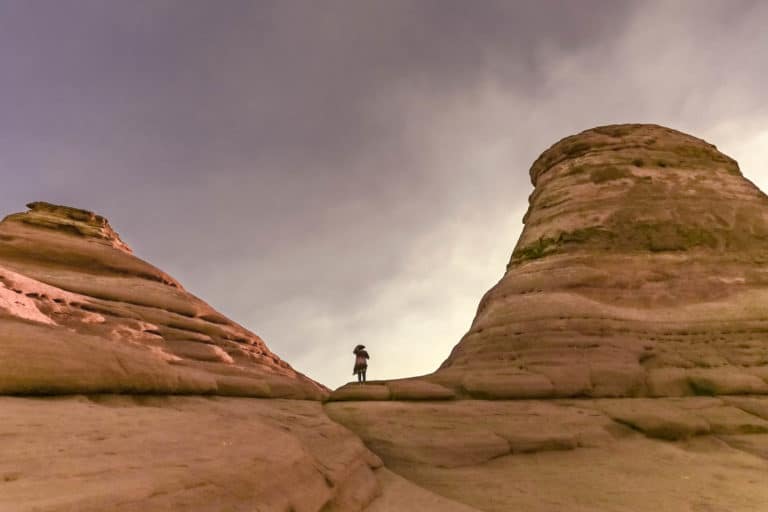 I love road trips. They’re a great way to see small towns that you would’ve missed otherwise had you taken public transportation. A Utah road trip is an absolute must as 1) public transportation is virtually non-existent to all the best sites 2) there are many off-highway views that are photo worthy. Check out these… 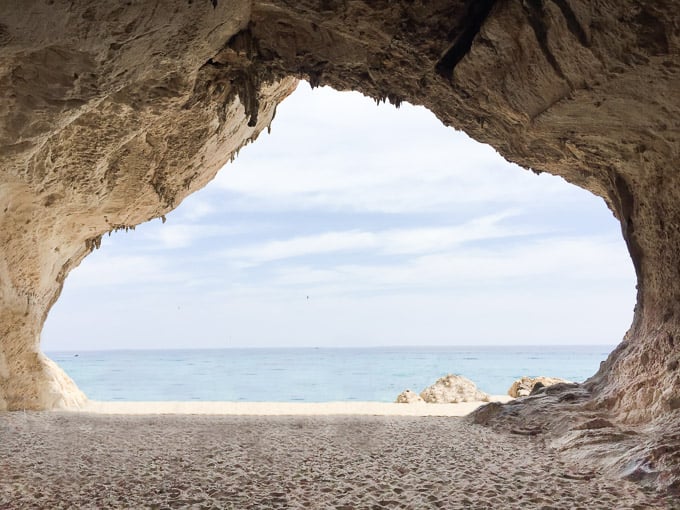 Sardinia is one of the most beautiful islands in Italy and is mainly visited by Italian and European tourists. It is one of those places where local life has remained intact (within the more rural and countryside areas, of course) and where you can truly experience Italian sea life. The people are friendly, the fish is… 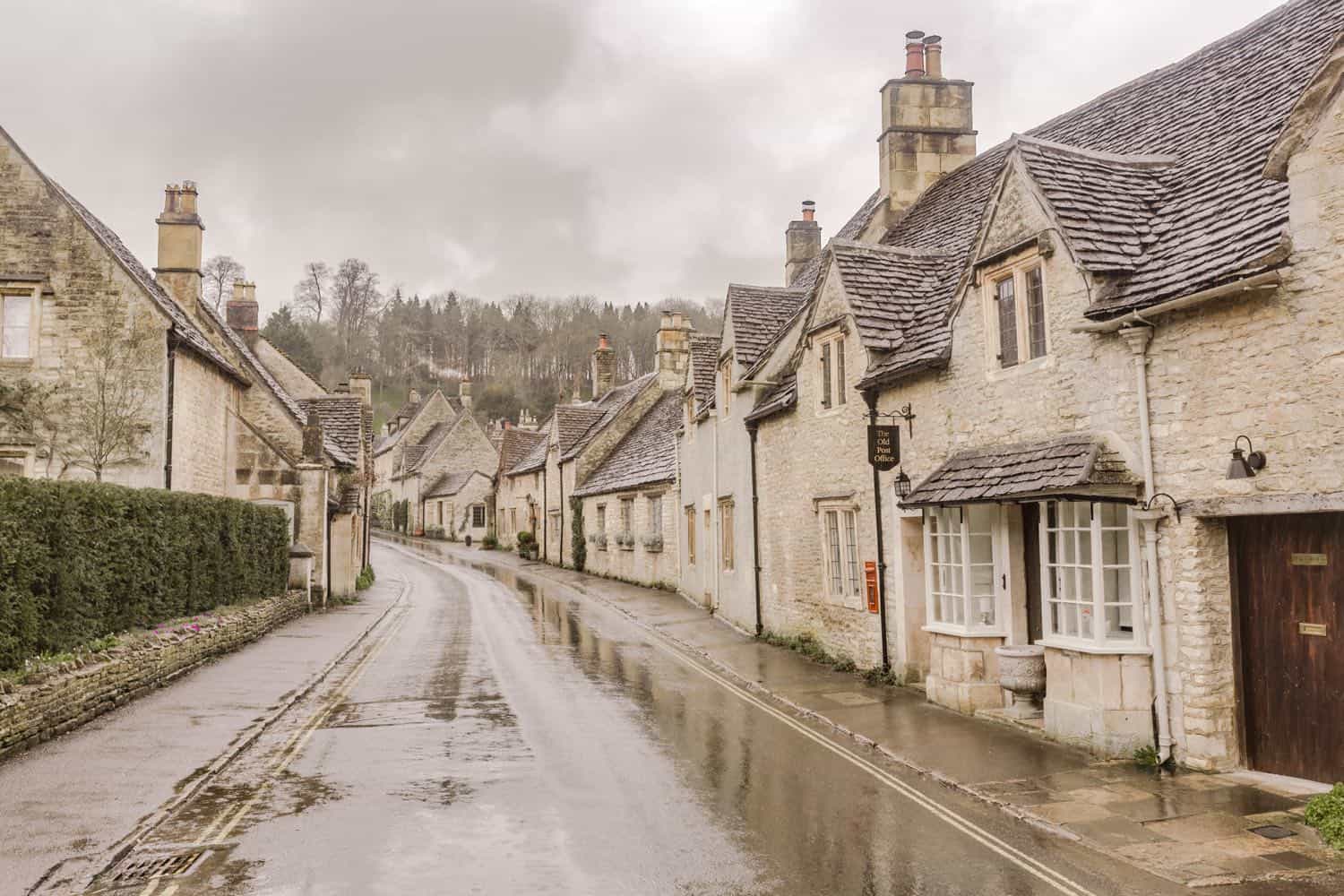 England is full of quaint little villages oozing English charm. While these villages are located all throughout England, a decent amount of them are found in the county of Wiltshire including Castle Combe, Bradford on Avon, Bibury and Lacock. These are magical towns that make you feel like you’ve stepped back in time. Two of… 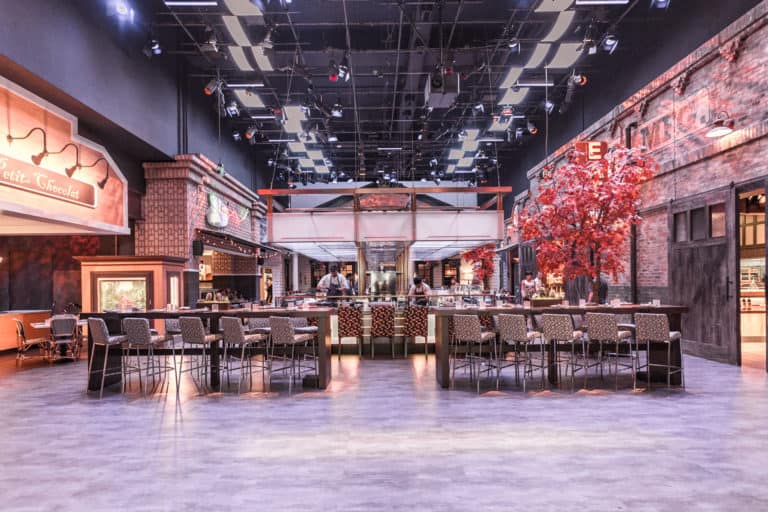 Just recently we had the opportunity to stay at the Fairmont ATX while experiencing the foodie culture of Austin Texas. But it wasn’t just BBQ and Mex-Tex, though we had plenty of that. It was a combination of luxury, summer fun and lots of food. While the main purpose of our visit was to experience the Fairmont… 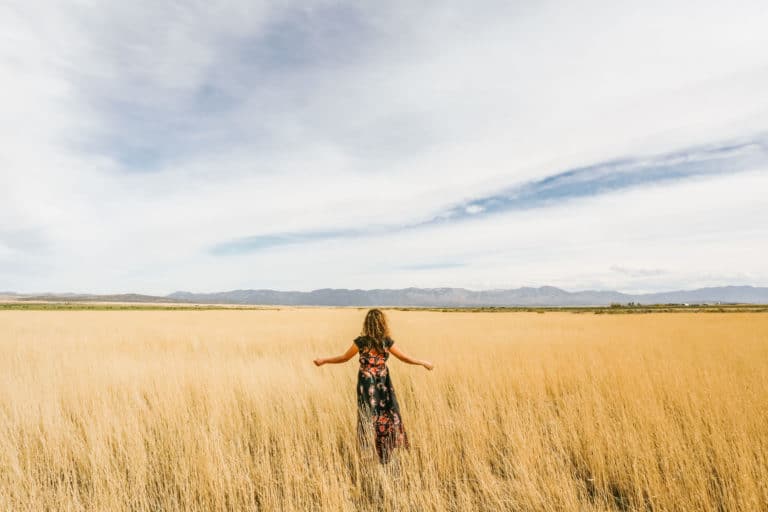 Solo travel isn’t for everyone though some people love it and in fact, prefer it to traveling with others. I’ll start off by saying that there are a few things I actually loved about it; you can read all about them if you scroll to the bottom. However, my experience has led me to decide…