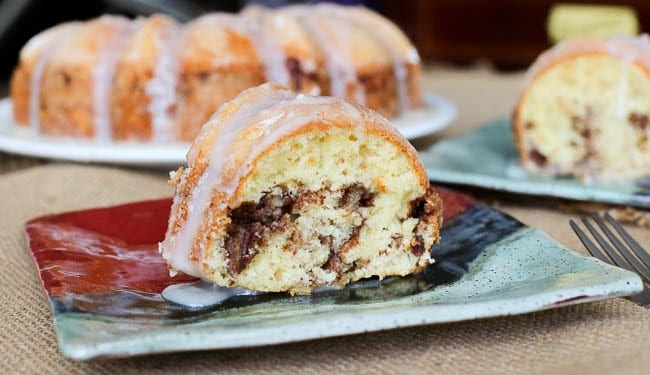 Two cakes in one week. Life is good. In case you missed it, I posted the recipe for Layered Strawberries and Limoncello Cream Cake on Tuesday. It was amazing. Today’s cinnamon roll cake is a denser cake that uses more of a pound cake base, has a cinnamon-pecan layer in the middle and is topped with a sugary glaze. You can always opt out of the glaze if you want a “healthier” cake. For me, the glaze brings everything together and reminds me of a cinnamon roll.
Try this cake for breakfast, with a cup of coffee, tea or milk. It’s also great for entertaining since it feeds multiple individuals and is quite filling. I’m not a huge fan of cinnamon rolls – I’ve never cared for the dough – but I do love the buttery-nutty-cinnamon flavors that go into a cinnamon roll. This cake combines all those flavors but uses cake instead of the classic bread-type pastry dough.
Are you a fan of cinnamon rolls? If so, where have you had the best, MOIST (because most of the rolls I’ve had have been dry) rolls? 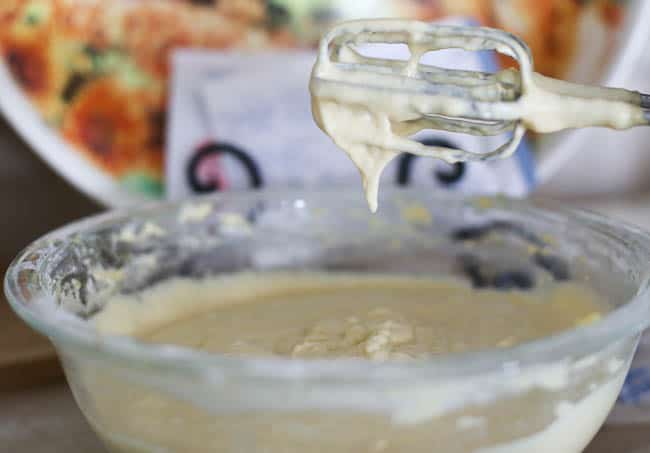 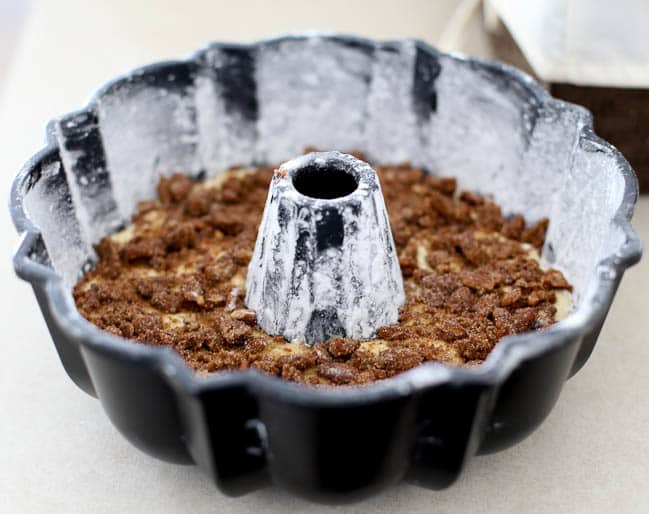 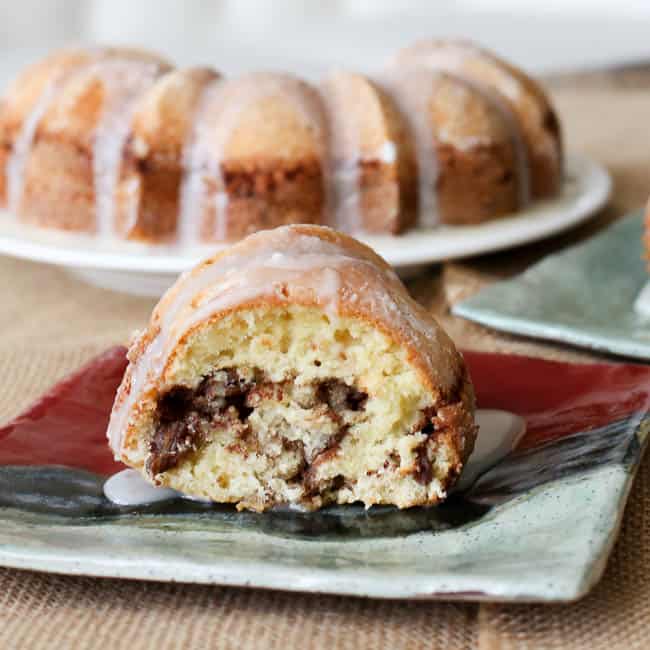 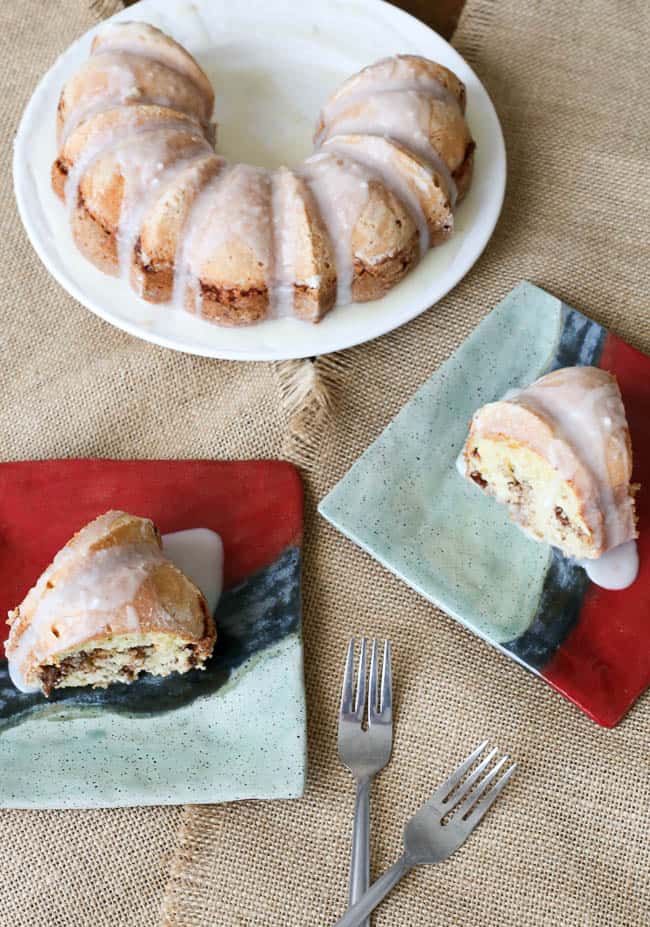 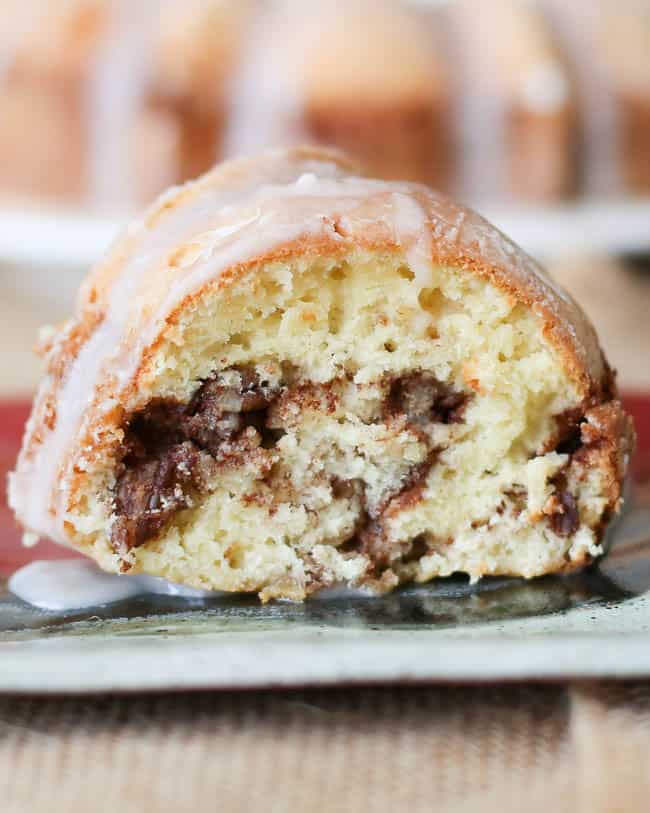 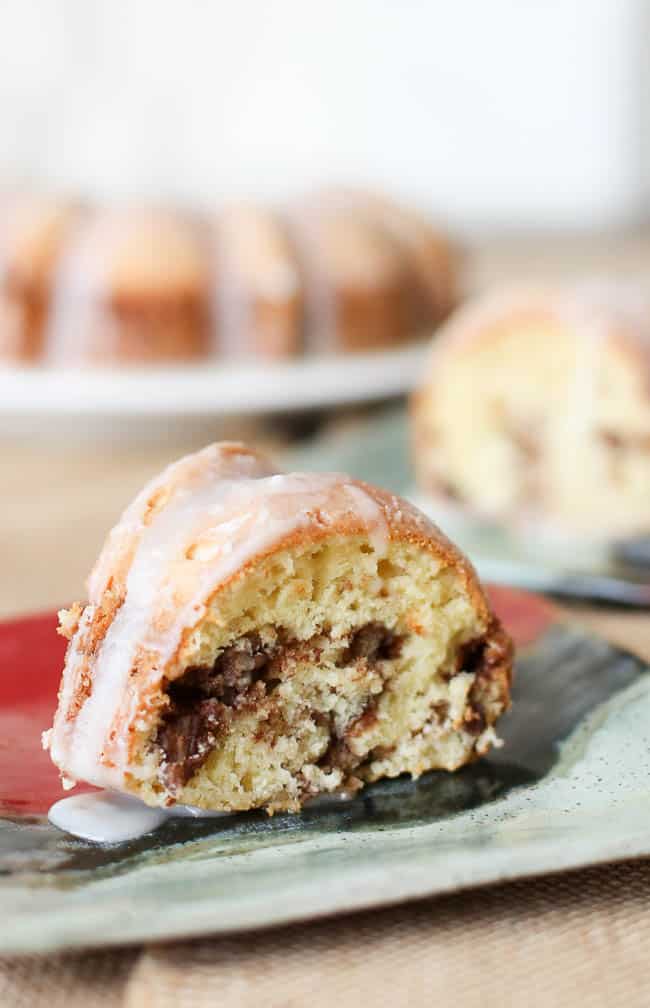 We are huge water drinkers. We always have a water bottle or several mugs of water within reach so we can stay hydrated all day long. It’s too easy to forget and go through an entire day having had only a sip or two of water. During winter, we drink hot tea nonstop and during… 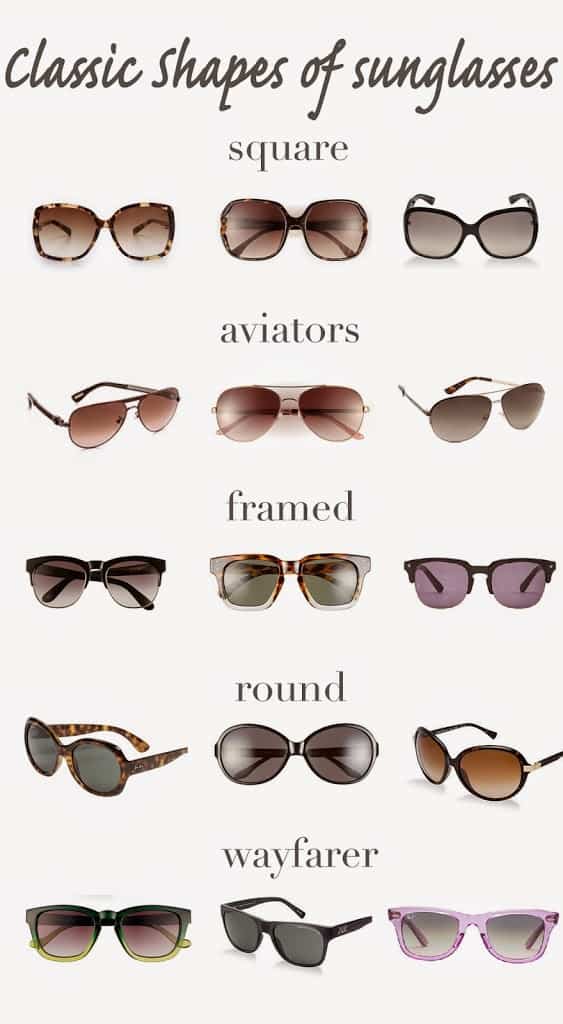 Square: Kate Spade || Michael Kors || Prada Aviator: Ray-Ban || Kate Spade || Marc by Marc Jacobs Framed: Wildfox || Leith || Wonderland Round:  Ray-Ban || BCBG || Ralph Lauren Wayfarer: Ivanka Trump || Armani Exchange || Ray-Ban I used to be so boring when it came to sunglasses – I had one pair and it was reading glass-style (you know, the small rectangular shape that used to be popular?) because that’s all I… 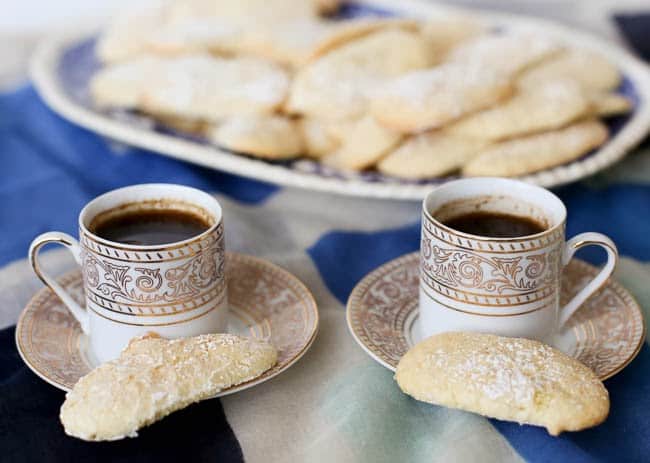 Lady fingers. If you’ve never had these sweet little fingers of goodness, you’ve got to add them to your food bucket list, if there is such a thing. They are the foundation of a good Italian dessert, like tiramisu, and are usually soaked in liqueur-y goodness to add flavor to the dessert they are in…. 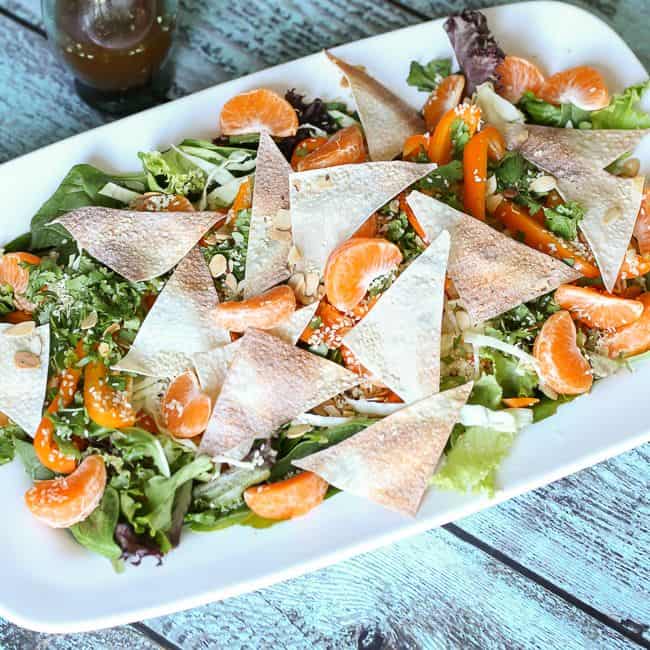 One of my favorite things to do is to take restaurant items and recreate them at home. It’s always fun to add my own special touch to a food and to tweak it how I would enjoy it most. I have seen Asian-style salads on several menus and while I haven’t loved them at every… 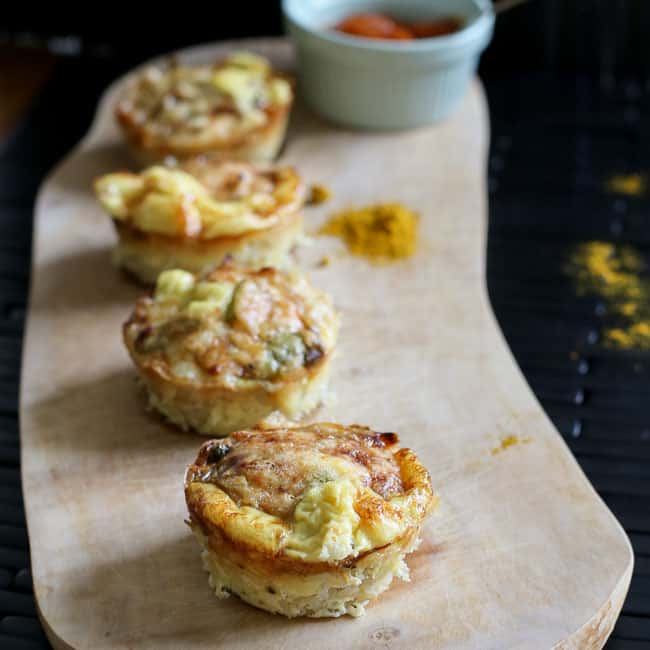 Ever have leftovers that aren’t enough for dinner but you feel bad throwing away? Yes. This recipe takes care of that problem if your leftovers involve rice and cooked vegetables. I had a random bowl of rice and an equally random dish of sautéed zucchini a few weeks ago. Since my waste-hating self refuses to… 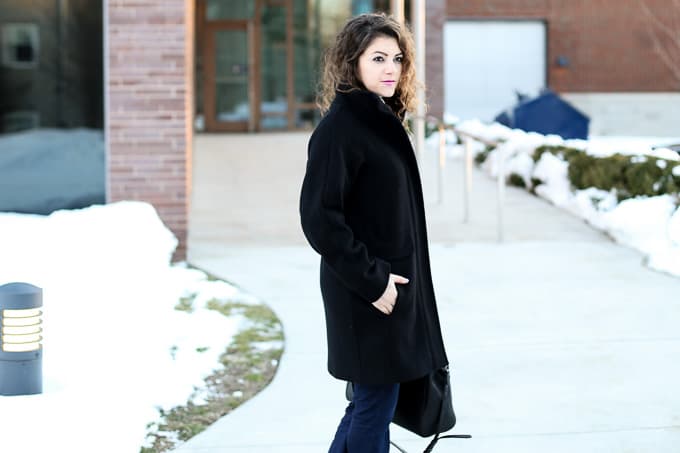 Sad news. My wool blend winter coat is sold out. So I found a few different ones for you in case you’re searching for that perfect winter coat (here and here). In my search for similar options, I realized that Nordstrom is having the greatest winter coat sale ever, some up to 50% off. Coat lovers prepare yourselves…